The affect of the Super Moon we had last week could still be seen through the shell shocked eyes and the huge waters of the high tide washing away the beaches.

Apologies for not writing last week, but I was in the thick of it trying to stay afloat in my kayak as I pushed through and past the peaks and troughs of the Capricorn Full Moon energy. The Moon is in detriment in Capricorn which means that it is the sign furthest away from its natural ruler sign Cancer. This means we tend to react or act the opposite way to what our soul needs – such as over work, suppress our vulnerability and deeper emotions, tough it alone rather than asking for support and then feeling the weight of it through stress on our bodies. 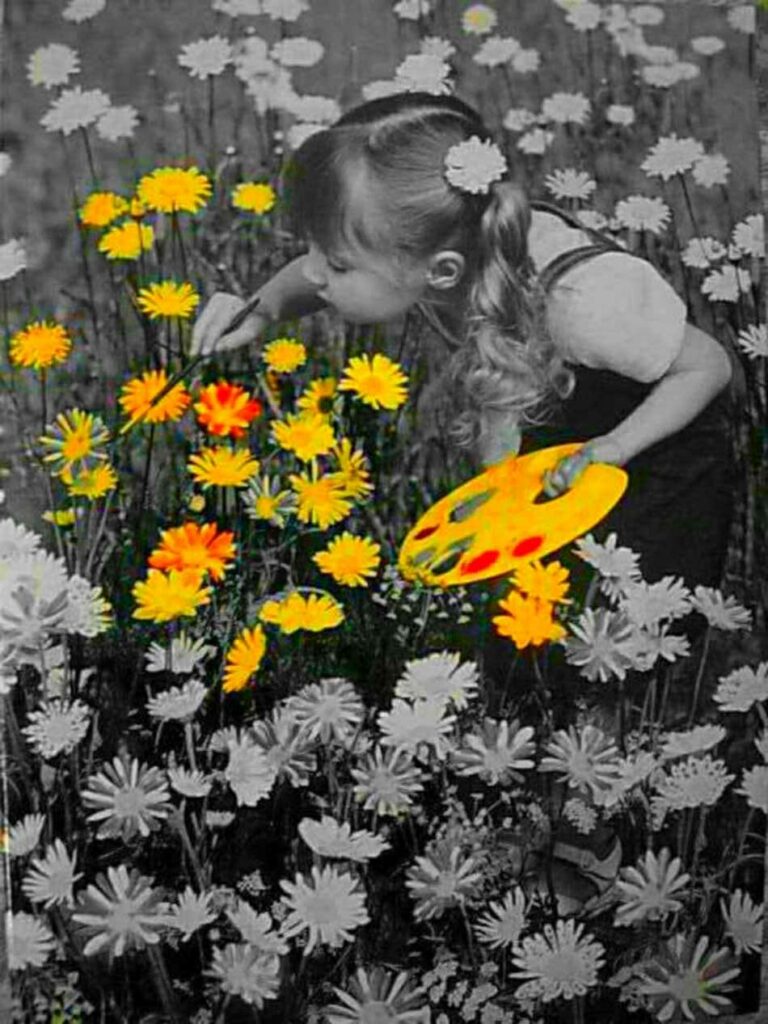 The Sun is opposite Pluto over the next few days (18-21 July) and the Moon forms a square to this tension dance on the 20th as it cruises through the feisty sign of Aries. Tension, power struggles, pent up emotional reactions can be intensified over this period especially on the 20th.

The Moon moves over Chiron on the 19th which may activate those sensitive and sore areas we are still hiding or protecting. This can be extra important for those born between 1972-1973 as you will be in your Chiron return and the retrograde which will start from 21 July gives you a chance to look more deeply at what you need to do to transform and shift this pain into healing it and releasing its clutches it may still have on you in some way.

Mars is pressing buttons in Taurus and is heading for a conjunction to Uranus and the north Node on the 1st of August which will probably be an unpredictable surprise of some sorts. I feel the Uranus square to Saturn starting to tighten again for the latter part of this year and this Mars conjunction may be the instigator to some of the changes that may happen later. I will talk more about this closer to the time.

MOON SIGNS FOR THIS WEEK:

I will be starting Zoom Astro classes and Moon workshops. Message me for more details. I will be doing on going in depth intuitive Moon workshops starting at every New Moon. These in depth sessions help you to become more conscious of the faster Moon transits and how they affect your actions, reactions and how to focus more on your authentic inner compass based on intuition. 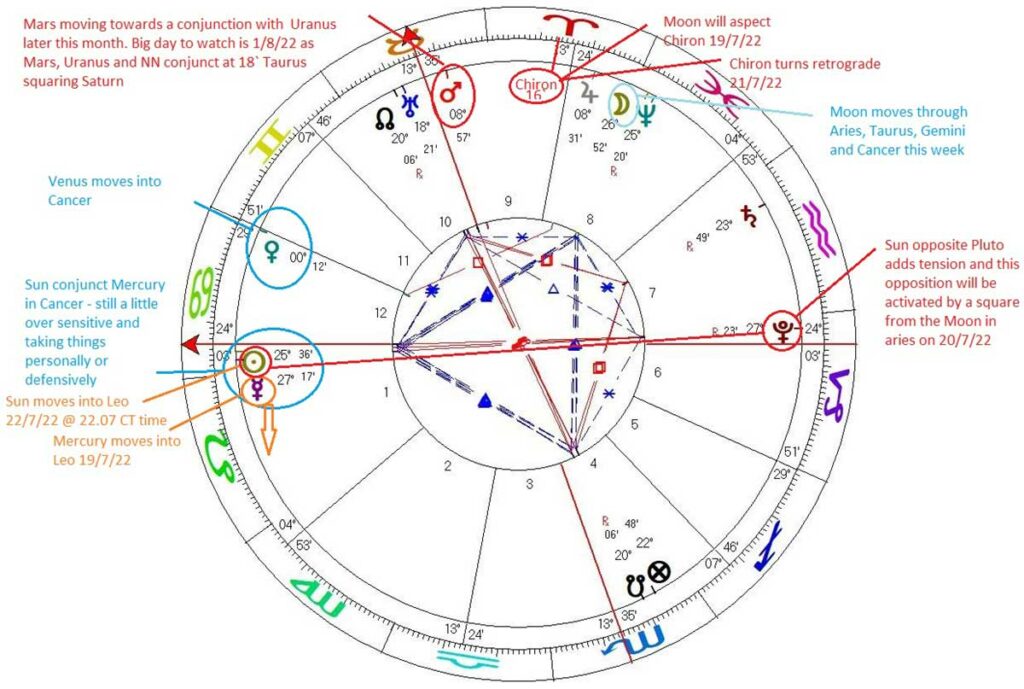 We use cookies on our website to give you the most relevant experience by remembering your preferences and repeat visits. By clicking “Accept All”, you consent to the use of ALL the cookies. However, you may visit "Cookie Settings" to provide a controlled consent.
Cookie SettingsAccept All
Manage consent

This website uses cookies to improve your experience while you navigate through the website. Out of these, the cookies that are categorized as necessary are stored on your browser as they are essential for the working of basic functionalities of the website. We also use third-party cookies that help us analyze and understand how you use this website. These cookies will be stored in your browser only with your consent. You also have the option to opt-out of these cookies. But opting out of some of these cookies may affect your browsing experience.
Necessary Always Enabled
Necessary cookies are absolutely essential for the website to function properly. These cookies ensure basic functionalities and security features of the website, anonymously.
Functional
Functional cookies help to perform certain functionalities like sharing the content of the website on social media platforms, collect feedbacks, and other third-party features.
Performance
Performance cookies are used to understand and analyze the key performance indexes of the website which helps in delivering a better user experience for the visitors.
Analytics
Analytical cookies are used to understand how visitors interact with the website. These cookies help provide information on metrics the number of visitors, bounce rate, traffic source, etc.
Advertisement
Advertisement cookies are used to provide visitors with relevant ads and marketing campaigns. These cookies track visitors across websites and collect information to provide customized ads.
Others
Other uncategorized cookies are those that are being analyzed and have not been classified into a category as yet.
SAVE & ACCEPT
Make a Booking via WhatsApp